Proposal writing is the bane of every consultant, sales rep, freelancer, and account manager who has to produce them. It’s tedious, takes time away from billable activities or prospecting, and offers no guarantee of any return on the effort.

Cutting corners saves time but may reduce the quality and thoroughness of the proposal, and so reduce the odds of winning the business. But on the other hand, the extra time spent to make sure the proposal is comprehensive and polished may go completely unnoticed by the prospective client. 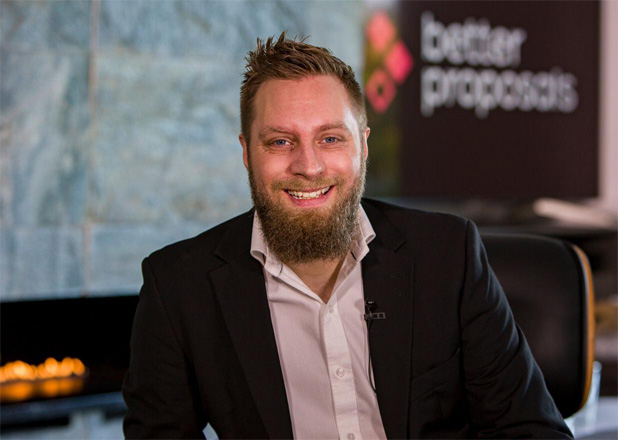 If only there was a way to create high-quality proposals quickly.

That was the thought behind Better Proposals, a tool that enables users to develop beautiful, high-impact proposals in minutes. It combines pre-built templates with integrated signature and payment features, and integrates with popular CRM and project management tools to accelerate the development of

Here’s the story of how Adam Hempenstall and his team turned their vision of faster, easier proposals into an elegant yet practical tool.

Better Proposals is an online proposal platform that makes sending high-converting proposals a breeze. It’s used by over 8,000+ freelancers, small businesses, and sales teams around the world.

Where Better Proposals stands out is in its blend of best practices and data-backed recommendations in an easy-to-use platform that takes clients from “send us some information” to “it’s a pleasure doing business with you.”

Beyond that, it was vital to the developers that no matter where a client opened the proposal and on what device, it always looked it’s best. Most competitors still focus on the idea that a proposal has to be paper-sized, which doesn’t make it great for reading on a phone.

Better Proposals made them web-based and visually appealing, with an intuitive proposal editor and pre-written templates that make life easier for sales professionals. The company has also published The Proposal University which helps businesses create winning proposals.

Funding rounds: Bootstrapped. We’ve been profitable since day one.

Current size: 8,000+ customers and growing rapidly month-on-month, with a remote team of eight that is a slowly growing team on purpose.

Webbiquity: What inspired you to work on a solution to this particular problem?

Adam Hempenstall: Before starting Better Proposals, we ran a software design company for five years and before that a digital agency for a decade. We had 15 years experience in sending proposals and knew it was a horrible experience for everyone involved.

When we were running the software company, the deal sizes were so big it really mattered if we got the job or not. So, we wanted to know what was happening when a proposal was sent. Was it opened, printed out, and read by six people who carefully decided not to buy? Or did someone open it on their phone while drunk at 2am, look at the price, and close it down?

Because knowing that information would shape how you follow up, we built an early version of what you see as Better Proposals today. It displayed a web-based proposal and fed back to us what pages they looked at and for how long. Before long, we were closing far more of our proposals, and people started asking “Can I also have that thing you sent your proposal on?”

One weekend, we threw up a landing page for just the proposal software. We got more leads in one weekend for it than we’d had in the previous year with the software business. At that point, we made the decision to go all in with Better Proposals and begin the transition of closing down the software company and making Better Proposals our primary thing. Within a year, we’d done exactly that and had our first 300 customers.

Looking beyond the obvious fact that a few hundred people liked our solution, we also looked to the future of freelancing and business. Was there going to be a market for this in the future? No matter which way we spun the question, we kept coming back to the idea that people were always going to need to send proposals.

Webbiquity: What were the most effective channels or methods for you to get the word out to prospective customers when you first launched your services?

Adam Hempenstall: We first started doing cold email. I’d go through Google and type “web designer [city name]” and manually get names and email addresses. I’d prepare all the emails manually and hit send at 11am on a Tuesday morning, then follow up with an equally planned campaign on Thursday.

The response was incredible and really helped us get that first load of user feedback. The one that smacked us in the face early on was “Amazing but I could never send a proposal without our URL in the address bar.” Within a week, we had a method and went back to these guys with a solution. That showed we were serious and helped us get our first round of customers.

Having “Sent with Better Proposals” and “Signed with Better Proposals” links in emails and on the proposals really helped create a viral effect. Our SEO efforts have paid huge dividends too. We now rank well for over 100 different proposal templates, have written books which we give away, and show up high in search for primary keywords like “proposal software.” It’s taken years but we’re now seeing the benefits of that hard work.

There’s always that ultimate keyword. The sooner you start trying, the sooner you’ll rank for it. It might take years, but when you eventually get there it’s like free money.

Webbiquity: Finish this sentence: “Knowing what I know now, if I were starting over today, what I would do differently is…”

It’s never going to be as exciting as it is in the early days. That’s not to say it gets boring, but a new customer signing up doesn’t give the same feeling it did years ago. Hitting growth goals still feels good, but it’s more the growth of your team you find exciting.

I suppose I wish I enjoyed the moments of thinking up new features, design ideas, and growth ideas when it mattered less instead of stressing about the future.

Webbiquity: What’s the most important advice you could offer to an entrepreneur starting out today?

Adam Hempenstall: Focus on something you understand deeply. You cannot build software or a business if you don’t understand the problem you’re solving on an intense level.

You see people all the time starting cryptocurrency businesses when that was popular, chatbots when they were all the rage, and that’s not to say there’s no benefit in timing—there is. We’ve certainly been caught in the wave of millions of freelancers starting businesses, but if we didn’t understand proposal writing, design, and how to win business in general, then we would have failed miserably.

Entrepreneurship has no expiry date or deadline, it’s a lifetime commitment and if you join the club, you’re in it for life.

You can connect with Adam Hempenstall on Twitter and LinkedIn.

Previous Posts in This Series 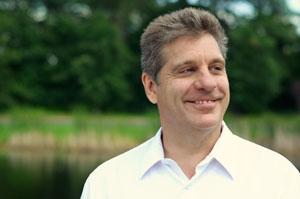 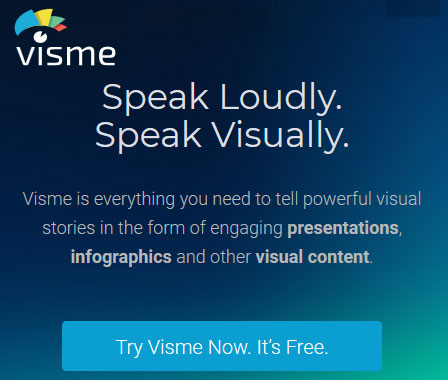 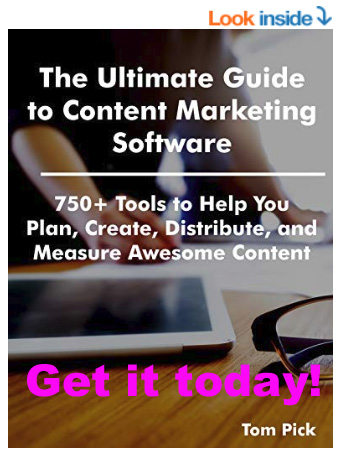