I’m normally a positive, upbeat kind of guy, and as someone who’s been writing professionally since the days of disco, rarely at a loss for words. Yet mention the “nofollow” tag, and that all changes. I, like many other many other web marketing professionals, am left sputtering with a mix of disgust and rage, fumbling for an adjective that conveys sufficient contempt: despicable, vile, loathsome, abhorrent, abominable, wretched, odious, detestable, downright evil. 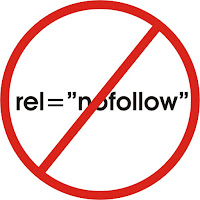 The nofollow tag was misguidedly inflicted upon the online world by Google in 2005. According to Wikipedia (among the worst nofollow offenders), “The nofollow HTML attribute was originally designed to stop comment spam on blogs. Blog readers and bloggers were well aware of the immense problem. Just like any other type of spam affects its community, comment spam affected the entire blogging community, so in early 2005 (Google and Blogger engineers) designed the attribute to address the problem and the nofollow attribute was born.”

Though the originators of WordPress have developed a far more elegant and inoffensive solution to the comment spam problem with Akismet, the execrable nofollow tag remains with us, like a cancer impervious to drugs or radiation.

The justification for the continued use of this repugnant scrap of code is to prevent passing link juice from listings on directory and social bookmarking sites to spammy or other objectionable content. But, to be charitable, the nofollow tag is to the world of web links what “let’s just be friends” is to romantic relationships. It’s a way for site owners to say: “I’m happy to use your content to build my traffic, but not to reciprocate. I don’t want anyone to think we’re together.”

An alarming number of once-respectable social bookmarking sites—Digg, delicious, Mister Wong, Reddit, Mixx, Bibsonomy, Jumptags, Faves, Yahoo! Buzz, Simpy—have now instituted dastardly nofollow tags. It’s easy to determine if your favorite site should now become an ex-favorite, just “view source” in your browser and search for rel=”nofollow.” If it’s there for any reason other than Pagerank sculpting (e.g. nofollowing pages like “Contact Us”), move along. If you’re trying to promote your own content, it won’t work. If you are trying to promote some else’s, you won’t help them much.

In fairness, this pernicious string of characters once served a purpose, as a less-than-ideal solution to a serious problem. But today, Akismet solves the link spam problem on blogs. The community can be used to solve the problem on social bookmarking sites. A little bit of old-fashioned work can deal with issue on directory sites.

I’m not alone on this. It’s time to demand better, to rid the world of the reprehensible, insidious nofollow tag once and for all. Ideally, Google should announce it’s no longer recognizing the tag. Absent that, site owners should boycott it. And if they don’t, users should walk.

Note: This post was originally published on the WebMarketCentral blog in October 2009. But it all remains true.