This post was originally published on the WebMarketCentral blog on July 2, 2007.

Since almost no one is working this week (other than me), the WebMarketCentral blog will take a break from web marketing coverage as well, to showcase one of my other activities: ongoing construction of a tree house, or more accurately, a “tree deck,” for the kids. 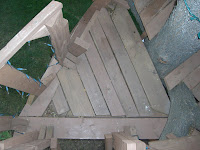 It started innocently enough in the summer of 2005 as a small platform up in a tree, reachable only by rope at first, though a ladder was soon added.

Later that year, the platform was extended to wrap
around the tree. 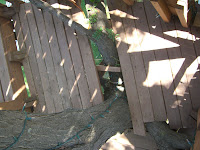 In 2006, the kids and I decided the tree deck was a bit cramped, and needed a second level. But first, I needed a scaffold of some sort to enable me to reach the higher level. I also needed some kind of shelter for our firewood to keep the rain off it. Left photo: the wood hut is constructed, but a mess. Below right: still a mess, but a ladder is added. 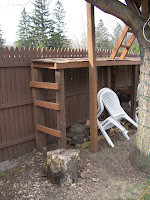 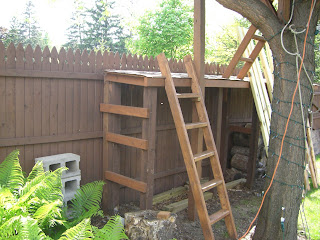 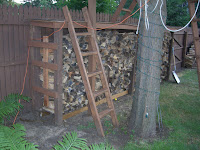 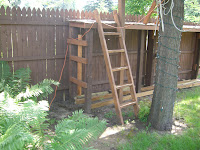 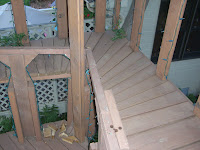 With my “scaffold” in place, I set to work on an upper deck which wrapped around three sides of the original platform. As this corner shows, my carpentry skills were improving.

Here’s the tree deck in the bleakness of early spring 2007. It’s okay, but—it looks a little bare without a top. The kids decided the tree deck needed a roof. 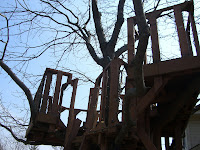 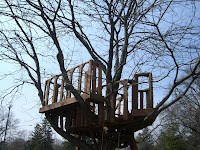 The first step was to get the frame in place. 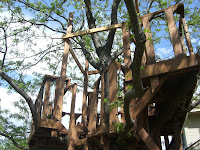 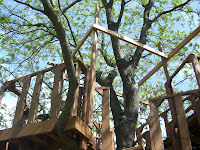 Under the close supervision of our cat, the roof begins to take shape… 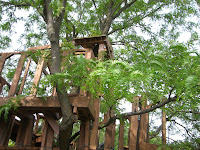 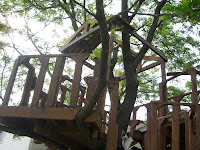 …and is finally complete. 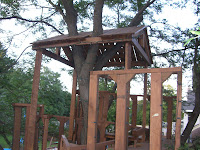 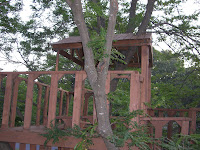 Wired with 10 strings of white Christmas lights, the tree deck really shines (literally) at night, though it’s difficult to capture the true look in a photograph. 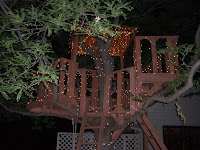 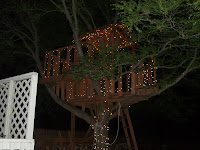 Hope your summer is fun and constructive as well.